Home > Accounting and Tax Blog > What is an appeal to SARS? 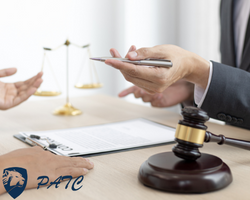 What is an appeal to SARS? If you do not agree with SARS after you did an objection, you have the right to appeal to the decision.

The appeal needs to be lodged with SARS within 30 business days after SARS delivered the notice of disallowance or partial allowance of the objection.

You can submit an appeal by submitting a notice of appeal (DISP02) which can be submitted on E- filing or at the nearest branch.

No appeal can or will be allowed to be submitted more than 3 years after the date of the decision to disallow the objection.

Grounds for the appeal:

When completing the dispute form the taxpayer must take care in ensuring that the grounds for the appeal are detailed and include the following:

By mutual agreement, SARS and the taxpayer making the appeal may attempt to resolve the dispute through Alternative Dispute Resolution (ADR) under procedures specified in the rules. This procedure creates a structure with the necessary checks and balances within which disputes may be resolved or settled. The ADR process is less formal and inexpensive than the court process and allows disputes to be resolved within a much shorter period. Furthermore, it creates a more cost-effective remedy for resolving tax disputes. The taxpayer must indicate in the appeal whether he/she wishes to make use of the alternative dispute resolution procedures, should these procedures be available.

The tax board is established under the Tax Administration Act No. 28 of 2011 (TAA) and consists of an advocate or attorney as chairperson. Such advocate or attorney is appointed to a panel of suitable advocates or attorneys by the Minister of Finance in consultation with the Judge-President of the relevant Provincial Division.

An appeal against an assessment must in the first instance be heard by a tax board, if—

A tax court does not have the same status as the High Court but is a tribunal created by statue that only has the powers afforded to it by law. The tax court has jurisdiction over:

The tax court consists of:

What can I expect from SARS when I appeal?

The appeal may be referred to:

What can I expect when the appeal is finalised?

This article was written by: Christopher Naidoo, PATC Trainee Accountant

If you need assistance in your business’ finances, from accounting to tax consulting and financial management, PATC can help you. Contact us today and let us know how we can help you.