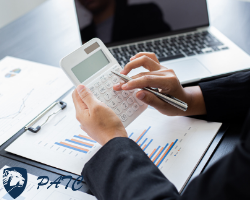 This article first appeared on BusinessTech on 28 August 2021.

The National Prosecuting Authority (NPA) is issuing summonses to taxpayers with outstanding tax returns as part of a continued compliance drive by the South African Revenue Service (SARS).

“Those who decided to ignore his words of caution may soon be summoned to appear in court on criminal charges, even if they have left South Africa,” the firm said.

“From the summonses we have seen, it is evident that SARS and the NPA treat this form of delinquency very seriously.”

The charge sheets are prepared carefully, and every instance of non-compliance, for every tax type, counts towards a separate charge, Tax Consulting SA said.

Some taxpayers face up to 30 counts of contravening the Tax Administration Act. “The gravity is underscored by the fact that it appears that the Hawks have been involved in investigating some of these cases, who serve these summonses on the taxpayer personally.”

SARS has undertaken to make it a costly exercise for taxpayers who flout their tax obligations, Tax Consulting SA said. “A key part of this initiative is to make an example of delinquent taxpayers.

“For South African abroad, SARS and National Treasury are on record that they are aware of the pervasive non-compliance among expatriates, which was one of the main drivers for the enactment of the “expat tax”.

Tax Consulting SA said that the tax body has made it clear that this is a key area of enforcement for the institution, and it will only be foolish to assume that you are beyond the NPA’s reach.

If you are unsure of your obligations, it will be prudent to diagnose your tax affairs, the firm said. “If you are found to be non-compliant, it will be wise to rectify your position before you receive an invitation from the NPA to return to South Africa.”

What if I live abroad?

There is a sentiment among South Africans who have left our shores that their South African tax obligations are in the rear-view mirror, Tax Consulting SA said.

“Perhaps this because they believe that SARS cannot be bothered to enforce against taxpayers who no longer reside in South Africa.

“It is important to understand that the failure to file returns constitutes a criminal offence under South African law and nothing precludes the NPA from summoning a taxpayer to face criminal charges in South Africa long after they left the country.

“Criminal proceedings may still be instituted up to 20 years after the offence was committed.”

SARS issued a press release earlier this week, pointing to a man who defrauded several taxpayers, who was sentenced to 48 years direct imprisonment after being found guilty on charges of theft, fraud and contravention of the Prevention of Organised Crime Act (POCA).

It was also found that several refunds for other taxpayers were paid into the same account. The affected taxpayers denied knowing the FNB account that received the refunds. They also stated that they did not request that their personal information and bank accounts be changed to Khathutshelo Mashau.

Mashau also had another bank account with Capitec, into which four fraudulent personal income tax refunds were paid. No recoveries were made as all monies were withdrawn when the investigation started.

SARS commissioner Edward Kieswetter warned taxpayers to use only registered tax practitioners to assist them with their tax affairs.

“Persons who have no tax qualifications and who promise taxpayers huge refunds are likely to be engaged in fraudulent activities which will harm the taxpayer. Taxpayers must report such persons immediately so that other taxpayers can be protected from these criminals.

“SARS makes it clear to taxpayers and provides certainty on which channels to use to transact with SARS, and these are the only channels to use. If these channels are not sufficient to deal with a taxpayer’s needs, they should use the services of a recognised tax practitioner,” commissioner Kieswetter said.

The link to the original article can be found here.

If you need assistance in your business’ finances, from accounting to tax consulting and financial management, PATC can help you. Contact us today and let us know how we can help you.