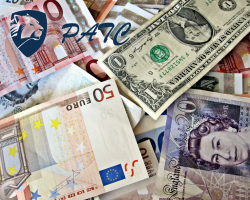 A foreign currency transaction should be recorded initially at the rate of exchange at the date of the transaction (use of averages is permitted if they are a reasonable approximation of actual).