Home > Accounting and Tax Blog > Liquidation Procedures of All Entities 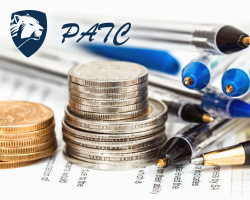 Liquidation is the process of bringing a business to an end and distributing its assets to claimants. It is an event that usually occurs when a company is insolvent, meaning it cannot pay its obligations when they come due. As company operations end, the remaining assets are used to pay creditors and shareholders, based on the priority of their claims,

Liquidation and deregistration are not the same things.

Liquidation Procedures for a Company

First, a liquidator is appointed, either by the shareholders or the court.

The Procedure for Liquidation

Broadly speaking, the liquidation process is as follows:

What are the consequences of liquidating a company?

The main consequences of the company being liquidated are as follows:

If the company is insolvent, this means it is unable to pay its debts as they fall due. In this situation, there is a potential conflict between creditors (those to whom money is owed), as there will be insufficient assets for all creditors to be paid in full.

The law attempts to maintain equality between creditors, so the assets are distributed proportionately according to the size of each creditor’s claim.
However, the law gives priority to secured creditors (those with a charge over some of the company’s property as security for the debt). In addition, a number of rules exist to prevent one or more creditors from gaining an unfair advantage.

A voluntary liquidation may also be commenced by the board of directors if an event specified in the company’s constitution has occurred.