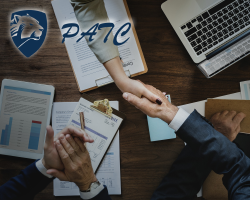 The circumstances that members can be held liable in their personal capacity even if they did not sign surety, are the following sections of the Close Corporations Act (hereinafter referred to as “the Act”):

The fiduciary duties of directors are derived from our common law, which is created through the precedents set by our courts. While the Act attempts to codify many of these common law duties, it is a partial codification of the common law.

In the circumstances, to the extent that the Act does not deal with a specific duty, or the consequence thereof, the common law will apply or will supplement such duty. Section 76 addresses, to a very large extent, the standard of conduct expected from directors.

Section 76(3) states that a director of a company, when acting in that capacity, must exercise the powers and perform the functions of a director – in good faith and for a proper purpose; in the best interests of the company; and with the degree of care, skill and diligence that may reasonably be expected of a person – carrying out the same functions in relation to the company as those carried out by that director; and having the general knowledge, skill and experience of that director.

Section 76(4) states that, in respect of any matter arising in the exercise of the powers or the performance of the functions of a director, a company director will have satisfied the obligations set out in section 76(3), if that director has taken reasonably diligent steps to become informed about the matter. This goes to the degree of knowledge that a director would have as to the financial status of the company.

functions. This includes the ability to rely on the veracity of the information provided, including financial statements and other financial data prepared by the employees of the company, accountants or any other professional person retained by the company, the board, or any committee constituted by the company.

Also included would be matters involving skills or expertise that the director could reasonably believe a person to have or to be within that person’s professional competence. For instance, if a director receives financial information from departmental managers, he or she would be entitled to rely on the veracity of such information provided such reliance is reasonable in the circumstances and when one considers the specific expertise of that manager. For example, the marketing director would not have the same level of insight into a set of management accounts as would the financial director.

However, section 77(9) states that in any proceedings against a director, other than for wilful misconduct or wilful breach of trust, the court may relieve the director, either wholly or in part, from any liability set out in this section, or on any terms the court considers just, if it appears to the court that the director has acted honestly and reasonably, or having regard to all the circumstances of the case, including those connected with the appointment of the director, it would be fair to excuse the director.