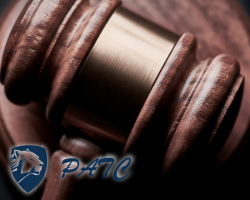 The liquidation process can be defined as the process in which a company voluntarily proceeds to declare itself as being insolvent or where a creditor of the company brings an application to court in order to have the company declared insolvent. The result thereof is that the company may no longer proceed to operate its business. Sections 79 to 83 of the Companies Act No 71 of 2008 (hereinafter “the Act”) provides the procedure to be followed when winding up a company, either voluntarily or through a court order (i.e. involuntary liquidation).

The South African law provides that a company can either voluntarily apply to the High Court to be liquidated or be forced into liquidation by its creditors or shareholders. Section 79 of the Act provides as follows:
“79. (1) A solvent company may be dissolved by— (a) voluntary winding-up initiated by the company as contemplated in section 80, and conducted either—
(i) by the company;
or (ii) by the company’s creditors, as determined by the resolution of the company; or (b) winding-up and liquidation by court order, as contemplated in section 81.”

The Process of Voluntary Liquidation

For a company to be voluntarily wound up, section 80 of the Act requires that a company’s shareholders must adopt a special resolution which will indicate that they agree to the winding up of the company. The company is also required to submit security to the Master of the High Court for payment of the company’s debt. This will be for payments to be made within a 12-month period, commencing after the start of the winding up of the company, should it be required. The result of winding up a company, is that the affected company ceases to conduct any business and as a consequence thereof is being removed from the Companies and Intellectual Property Commission (CIPC) registration database.

The Process of Involuntary Liquidation

Protect Yourself During the Liquidation Process Today

No company owner wants to be in a position where his/her business has deteriorated to such an extent where the company either has to be voluntarily liquidated, or liquidated by way of an application by a creditor of the company or its shareholders.

It is recommended that a business owner seeks professional advice from a business mentor before the aforementioned situation occurs. However, should such a stage be reached, there are certain legal procedures that need to be followed and adhered to by the business owner.

Contact an attorney at SchoemanLaw Inc. to guide you through the intricate legal procedures of winding up your company according to the Act to avoid exacerbating an already critical situation.