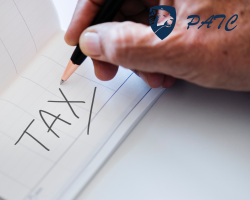 As a Director of a Company, your salary is subject to monthly PAYE and UIF deductions. Many small business owners don’t realise that if they operate their business through a company (Pty), the company needs to be registered as an employer with SARS.

This means, the company needs to deduct employee’s tax (PAYE) from the amounts paid to Directors. It’s also required to make monthly EMP201 submissions (this is the PAYE, UIF and SDL return) to SARS. The same applies even in the case of “owner managed” businesses -where there is only one director and no employees. In this case, the sole director is deemed to be an employee per the Tax Act and his/her salary will be subject to monthly PAYE and UIF deductions.

As a matter of fact, directors of small businesses have fluctuating levels of income and therefore don’t always draw a fixed monthly salary. So, the director is required to work out a deemed monthly salary using the average remuneration earned during the previous year of assessment.

Zandile is the sole director of a consulting company. She has three employees who earn a fixed monthly salary. She has to cover all company costs before drawing her own monthly income, which fluctuates, depending on the business’s performance for the month. Zandile has to pay PAYE to SARS each month on her own deemed monthly salary, plus that of her employees too. In the previous tax year, she earned a gross total amount of R240,000 from the company during the ten months that the company has been in operation. The amount of R240, 000 was made up of earnings which varied throughout the year. From this remuneration, she contributed R24 000 to a pension fund for the year which, according to the retirement fund laws effective 1 March 2016, can be claimed in full.

Her deemed monthly remuneration can be calculated according to the following formula:

What if the deemed salary is constantly higher than actual remuneration?

If the deemed salary, for the year is too high the taxpayer can apply for relief from SARS based on hardship* In this case, SARS will issue an IRP3(d) directive to reduce the amount of PAYE payable by the company. For example, if Zandile’s company performed poorly in the current year, compared to the previous year. And she only ended up earnings around R18,000 a month, then paying tax on a deemed monthly remuneration of R21,600 would result in her overpaying tax. In this instance, she could apply to SARS for a directive to reduce the monthly PAYE payable.

Where more than 75% of previous year’s actual remuneration consists of fixed monthly payment?

Let’s assume Zandile’s prior(previous) year earnings didn’t fluctuate monthly and instead could be broken down as follows:

Her fixed monthly remuneration is the following:

in the formula = 75% X R216, 000 = R162, 000
As the fixed monthly remuneration (R196, 000) received by Zandile in the previous year of assessment is more than 75% of “T” in the formula (R162, 000), employee’s tax in the current year must be deducted based on actual remuneration (after retirement contributions) rather than the deemed monthly calculation.

What if the Director was newly appointed during the year?

When a Director joins a company, during his/her first year it won’t be possible to apply the formula because there will be no prior year remuneration on which to base the calculation. In this case, employee’s tax must be calculated based on actual remuneration paid. In the following tax year however, the formula will be applied based on the Director’s remuneration earned during the previous year of assessment.

*The SARS definition of financial hardship is:

“Inability to meet minimum living standards/depriving the tax payer of the ability to maintain minimum living expenses if ignored/or extraordinary circumstances beyond tax payer’s control.” It should be remembered that SARS has the final decision with regards to what is deemed to be hardship and cases are reviewed on an individual basis to determine whether the taxpayer qualifies for a tax directive under these circumstances.