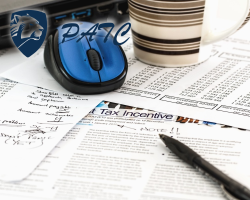 What is Estate Duty?

Estate Duty is payable on the estate of every person who dies and whose nett estate is in excess of R3.5 million. It is charged at the rate of 20%. Estate duty is levied on the property of residents and South African property of nonresidents less allowable deductions. The duty is levied on the dutiable value of an estate at a rate of 20% on the first R30 million and at a rate of 25% above R30 million. A basic deduction of R3.5 million is allowed in the determination of an estate’s liability for estate duty as well as deductions for liabilities, bequests to public benefit organisations and property accruing to surviving spouses.

Donations tax at a rate of 20% is payable on the value of any property disposed of under any donation by a South African ‘resident’ as defined in the Act. The first R100 000 of property donated in each year by a natural person is exempt from donations tax.

Section 56(1) of the Act exempts, inter alia, the following donations from donations tax:

Recommendations in the DTC Report

The DTC recommends, inter alia, that the following amendments be made to the existing tax legislation:

The removal of the exemption in relation to property left to a surviving spouse could, effectively, result in estate duty being payable by the first-dying’s estate in the event that the portable abatement is elected and the deceased’s estate exceeds R12 million. As mentioned above, this could create liquidity problems in the case of the first-dying’s estate in the event that such estate consists mainly of illiquid assets. Accordingly, the withdrawal of this exemption could give rise to the hardship that such exemption served to avoid in the first instance.

This recommendation also does not seem to be in line with the CGT exemptions relating to disposals of assets between spouses.

The estate duty payable is, in our view, in any event, leviable on the surviving spouse’s estate. Taking into account that the recommendation merely accelerates the timing of the payment of estate duty, such a recommendation could create unnecessary complications for spouses.

Donations between spouses of interests in immovable property or companies could be for reasons other than saving tax. For example, where a spouse has contributed to the repayments on a mortgage bond over immovable property, the other spouse may ‘donate’ a portion of the ownership in such property to that spouse.