60 Seconds is not enough to cover the finer details of tax awareness. As a professional, it is good to educate clients and the general public on accounting & tax issues, not everyone gets the opportunity to master every field of business. It is important to use the resources and expertise around you.

A tax planner or tax specialist, financial planner or an accountant can help you save on your tax bill. You may not be taking full advantage of a contribution you could be making that will lower your tax. Once the tax year is over you lose out on contributions you could have saved money on. Take advantage of our free 1st consultation and take a step to saving money.

An Accountant or Tax Consultant / Specialist will recalculate your tax and check it against what you have paid during the year. This is how an overpayment or underpayment of tax for that year is calculated.

There are many more deductions that an individual/Company or Trust is entitled to, call us and we can help you benefit.

According to SARS (South African Revenue Services), tax allowances for employees are broken down as follows:

Additional reimbursable allowance for petrol can also be claimed, which is charged at a current fixed rate of R3.05 per kilometre, as set by the Minister of Finance. PAYE can be deducted by up to 80% if a fixed allowance is paid, but not if allowance has been reimbursed by the employer. PATC offers a number of business tax services that help you to correctly work out all tax allowances for your employees – contact us today for more information.

Income tax is levied on all income and profit that is received by the business owner, companies and organisations. This tax type is also the national government’s main source of income and is set by the Income Tax Act No. 58 of 1962. A number of taxes also fall within the income tax category, including SITE, PAYE and Provisional Tax. To give you more of an understanding of how income tax works and how registration is done, PATC  offers some helpful guidelines on one of the most common types of business tax services performed by accountants, including the following:

While the process has become far more simple thanks to eFiling, accounting companies make your life simpler by handling all aspects of income tax on your behalf. Contact PATC today to learn more about income tax and other business tax services that we offer.

Business tax services are about so much more than simply registering for income tax, these services also cover aspects such as income tax returns. To be able to complete your tax returns efficiently and correctly, you will first need to have a clear understanding on tax deductions to ensure that you do not either claim for items that will not be deducted, or not claim for items that can be deducted.

The main expenses that can be deducted from your income tax returns include items for business purposes such as:

Income tax deductions can also be done for capital expenses such as the following:

To ensure that your income tax returns are completed on time and that they are correct in terms of deductions, it is always best to consider a professional accounting firm to assist with your tax needs. Contact PATC today to learn more about business tax services on offer.

Well to be frank – SARS are forcing your hand. The only way to avoid eFiling now is to go to SARS or one of their “pilot” offices. This entails biting, kicking and fighting for a parking, then waiting in their queue – between 20 minutes and three hours – depending on when you go there. Then sitting with a “very enthusiastic” SARS employee who does everything for you – on their eFiling system. You might as well have done it yourself.

So in a nut-shell yes eFile. It is fast, efficient and far more convenient than waiting at a SARS office.

Go to the SARS website – www.sars.gov.za click on eFiling at the top and get yourself registered. It is a bit scary navigating through it – but once it is all done and set-up it really does beat going to the SARS offices every time.

But, if you don’t have the time, patience or energy, simply bring it to us and we’ll do everything for you. We are registered tax practitioners with SARS eFiling and so it is much easier for us to do it all for you. You don’t cut your own hair – so why do your own taxes? Contact us today.

eFiling is a simple and secure online process for the submission of returns and declarations and other related services. This service allows taxpayers, tax practitioners and businesses to register and submit returns and declarations make payments in respect of taxes, duties, levies and contributions and perform a number of other interactions with SARS in a secure online environment. The simplicity of the process results in fewer errors and creates a quicker processing cycle for individuals and businesses. eFiling is paperless and submissions are instant and reliable.

Firstly you have to register as an eFiling user before you can file your returns or make payment through eFiling or to access your own tax information.

To register as an eFiler you will need:

eFilers are given more time to make submissions and payment compared to manual tax submissions. Please check the key dates on http://www.sarsefiling.co.za Efiling sends an electronic confirmation via email, advising that the returns for the specified tax type and company/individual has been issued, and also sends a SMS or email notification to remind eFilers when submissions are due. No more waiting in queues or worrying about office hours. Once registered, eFilers can submit their returns and view their tax status and make payments to SARS electronically 24 hours a day. If you need assistance with your eFiling, please contact us to ensure your tax is submitted correctly and on time

Dividends tax is a withholding tax that came into effect on the 01st of April 2012 and replaces Secondary Tax on Companies (STC). Dividends tax is levied on the beneficial owner at 15 per cent. The beneficial owner need not be a registered owner of the share. A registered owner could be for an example an agent or a nominee holding the share on behalf of the beneficial owner. Section 1 of the Income Tax makes it clear that as from the 1st of April 2012 the dividend does not have to be paid to a shareholder; it merely has to be paid in respect of a share in the company.

Difference between Dividends Tax and Secondary Tax on Companies (STC)

Dividends tax is the tax imposed on the beneficial owner, exempts residents companies and levied at 15 per cent whereas STC was imposed on the company paying dividends and was levied at 10 per cent, this tax is aimed at encouraging companies and close corporation to retain profits instead of declaring dividends because if the company declares more dividend they will be liable for more tax. The introduction of Dividends tax gives relief to the companies as the tax on it is borne by the beneficial owner.

Organise your FREE first consult with us.

If any property has been disposed of for a consideration that, in the opinion of the Commissioner, is not an adequate consideration, that property is treated as having been disposed of by donation. The donor is liable for the payment of the donations tax. If the donor fails to pay the tax within the prescribed period, the donor and the donee are jointly and severally liable for the tax.

Certain transactions are deemed to be donations, even though the transaction was not concluded as a donation. An example is when a taxpayer disposes of property for a consideration that, in the opinion of the Commissioner, is not an adequate consideration, that property will be deemed as having been disposed of by way of a donation.

Not all donations made by a taxpayer will be subjected to Donations Tax. Donations by a public company are exempt and donations between spouses are also exempt. Donations by individuals, up to R100, 000 are exempt and for juristic persons the exemption is limited to R10, 000 in respect of casual gifts. Donations to public benefit organisations are also exempt from tax up to a maximum of 10% of the donor’s taxable income, provided it can be supported by a receipt or certificate from the P.B.O. in a manner as prescribed by the Income Tax Act.

Medical tax credits came into effect on the 1st of March 2012 and replace the medical scheme contribution deduction. This was introduced to achieve great equality in the treatment of medical expenses across income groups in taxpayers below the age of 65. The difference is that the medical tax credit will not be allowed as a deduction for personal income tax purpose but as a credit.

Medical Tax Credits are claimed every month when a salary is paid because it is a tax credit and it decreases the tax liability. For an example Miss Nyoka earns a salary of R16 040 per month, makes the two contributions R800 pension and R1 000 medical aid scheme per month and has no dependants.

One of the many reasons that people may need an accountant is to assist with ante nuptial contracts and community of property negotiations. The ‘half is yours, half is mine’ form of marriage is a popular approach to nuptials; however both parties should always ensure that they understand the advantages and disadvantages of choosing this marriage regime.

If an ante nuptial contract is not signed before the marriage, the marriage will automatically be in community of property. Once you are married, you will have only one joint estate. This means that all of your mutual assets will be thrown into one pool, with nothing outside this pool. This is one way of obtaining assets (or debts) without working for them.

Even though you may have your own bank accounts in your own names, there is no such thing as lending money to one another and giving it back. Everything your partner earns is yours and vice versa. All loans are in both of your names, and couples married in community manage the joint estate together. Therefore, taxpayers who are married in community of property are taxed on half of their own interest, dividend, rental income and capital gain, and half of their spouse’s interest, dividend, rental income and capital gain, regardless of in whose name the asset is registered (except for assets excluded from the joint estate). All other taxable income is taxed only in the hands of the spouse who receives that income.

Professional Accountants are able to assist with all of your community of property questions and requirements, helping you manage your tax requirements effectively.

Get your Information Manual done today! 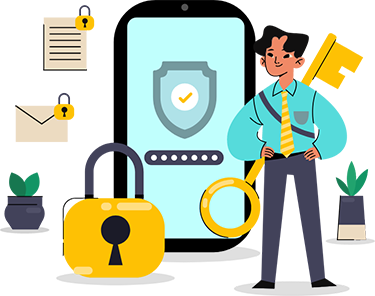